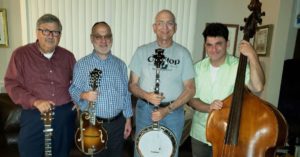 Andy Statman is universally recognized as one of the world’s foremost mandolin virtuoso’s. He began initially as a bluegrass performer and played in the iconic group, Breakfast Special. A short time later his musical journey took him to the world of Klezmer music and he developed similar virtuosic facility on the clarinet. He has toured […]