Vincent Cross – The Life And Times of James “The Rooster” Corcoran 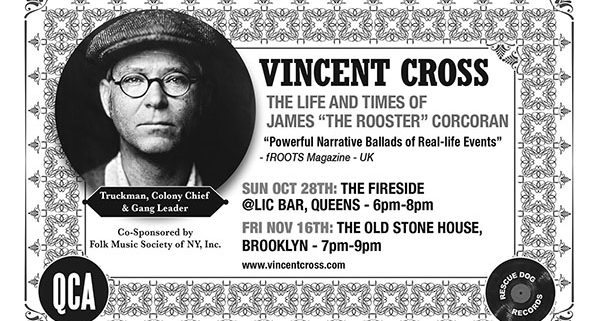 James “The Rooster” Corcoran was known for his “caustic tongue and ready wit,” and was often stereotyped tabloid fodder for the newspapers of the 1800s. If you’ve ever seen the movie Gangs of New York, then this would be a musical accompaniment to the rogues, pimps, murders and thieves that inhabited New York City in the 19th century.

Tickets: $15 available in advance at Brown Paper Tickets, or at the door.

Spellbound Theatre – Under the Tree
Scroll to top