Battle Week! Thomas Paine and the Flame of Revolution. Presented with Think Olio. 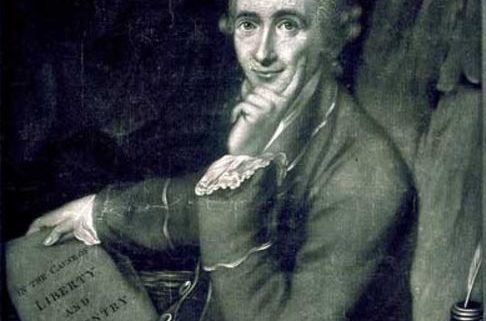 Join us for the kick-off to Battle Week for a talk on Thomas Paine by Ward Regan. Presented with Think Olio

Starting with Common Sense and The Crisis Papers the talk focuses on the integral role of Paine, in not only the American Revolution, but the creation of an “American” political ideology.

The first part is a biographical sketch of Thomas Paine and description of the social and political climate in eighteenth century England. An explanation of conflicts leading up to the writing of Common Sense and The Declaration of Independence, establishes a historical context for the American Revolution and the subsequent events in the young nation. Thomas Paine’s involvement in the revolution and his work for the Continental Congress place him in the center of activity.

The French Revolution signaled a new chapter in Paine’s life. Once again with The Rights of Man and The Age of Reason he was able to put into words the momentous spirit of the times. This Olio explains the characterization of Paine as a preeminent philosopher and the genesis of radical politics as a force in world events.

Reserve a seat here for $15/Hellfire cocktails available!  Beer sponsored by The Gate.

Battle Week – The 241st Anniversary of the Battle of Brooklyn

August 19 – Closed for a Special Event
Scroll to top