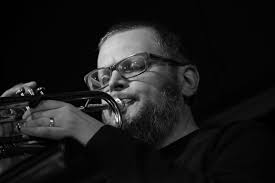 Now it its sixth season, Musical Ecologies is a monthly symposium on music and sound held at the Old Stone House in Park Slope, Brooklyn. Curated and hosted by composer Dan Joseph, each event typically focuses on a single artist who presents a work or project either in the form of a talk or lecture, a multimedia presentation, a performance, or combination thereof. Each presentation is preceded by an extended conversation between the artist and curator.

About the artist:
Nate Wooley was born in 1974 in Clatskanie, Oregon, a town of 2,000 people in the timber country of the Pacific Northwestern corner of the U.S. He began playing trumpet professionally with his father, a big band saxophonist, at the age of 13. His time in Oregon, a place of relative quiet and slow time reference, instilled in Nate a musical aesthetic that has informed all of his music making for the past 20 years, but in no situation more than his solo trumpet performances.

After moving from Oregon to New York in 2001, Nate Wooley has become one of the most in-demand trumpet players in the burgeoning Brooklyn jazz, improv, noise, and new music scenes. He has performed regularly with such icons as John Zorn, Anthony Braxton, Eliane Radigue, Ken Vandermark, Fred Frith, Evan Parker, and Yoshi Wada, as well as being a collaborator with some of the brightest lights of his generation like Chris Corsano, C. Spencer Yeh, Peter Evans, and Mary Halvorson. Wooley has been gathering international acclaim for his idiosyncratic trumpet language. Time Out New York has called him “an iconoclastic trumpeter”, and Downbeat’s Jazz Musician of the Year, Dave Douglas has said, “Nate Wooley is one of the most interesting and unusual trumpet players living today, and that is without hyperbole”. In 2011 he was an artist in residence at Issue Project Room in Brooklyn, NY and Cafe Oto in London, England. In 2013 he performed at the Walker Art Center as a featured solo artist.

Nate is the curator of the Database of Recorded American Music and the editor-in-chief of their online quarterly journal Sound American both of which are dedicated to broadening the definition of American music through their online presence and the physical distribution of music through Sound American Records. He also runs Pleasure of the Text which releases music by composers of experimental music at the beginnings of their careers in rough and ready mediums.

Dzieci – A Passion According to Matthew
Scroll to top