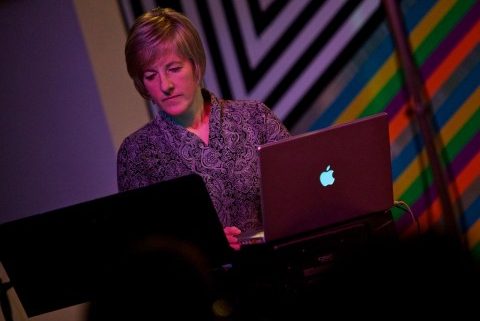 Join us for the next installment of the monthly series Musical Ecologies with composer Alexandra Gardner. The evening will begin with a conversation hosted by series curator Dan Joseph, and a reception will follow.

Composer Alexandra Gardner creates music for varied instrumentations, often mixing acoustic instruments with electronics. Her compositions have been featured at festivals and venues throughout the world, including performances at the Aspen Music Festival, Warsaw Autumn Festival, Beijing Modern Festival, Conservatory of Amsterdam, Symphony Space, Merkin Hall, The Library of Congress, and The Kennedy Center. Gardner’s music has been commissioned and performed by acclaimed ensembles and musicians such as SOLI Chamber Ensemble, cellist Joshua Roman, Percussions de Barcelona, NOW Ensemble, pianist Jenny Lin, the Chicago Composer’s Orchestra, and the Seattle Symphony. Her music is recorded on the Innova and Naxos labels.