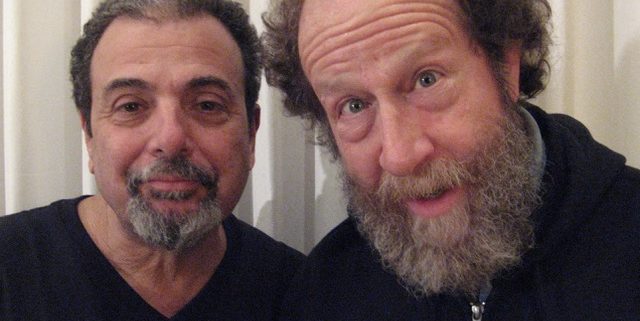 Join us for a program consisting of original songs, sagas, melodies and musings, interspersed with legends, history and hearsay, as well as the rendering of some very old songs that highlight the magic and music of a bygone Brooklyn.

About Sparks and Sticks: Sparks and Sticks consists of Richard Cohn (songwriter, vocalist, keys) and Paul Rossman (Drummer, Percussionist). They bring together years of Blues, Jazz, Americana, Vaudeville, R&B and country music as part of their diverse combined musical experience. Paul Rossman is recognized as a superlative drum / percussion player and teacher. He has appeared with Don Mclean, Bernard “Pretty” Purdy, and has performed and recorded albums with the groups Dangling Success and The Compact. Richard Cohn has played with You Are Here, Deadline, The Crystals, Pier Pressure, and Northern Light Band. He has written music for film, TV, and commercials. His credits include “The Reception” produced by WHA TV, the TV production of “Timewheels,” and the noted short film, “Snack of the Dead.” Richard also wrote the music for and appeared in the off-Broadway production of “The Mystery of Marco Monteverdi” at the 13th St. Playhouse. In addition, Richard has been an accompanist for famed comedy magician Prof. Bobby Baxter as well as other dance and variety performers. It has been said of Sparks and Sticks and their music that, “They can cause toes to tap, make grandmas and bikers cry, and take an entire audience on a fun and memorable excursion.” You’re invited to come along.