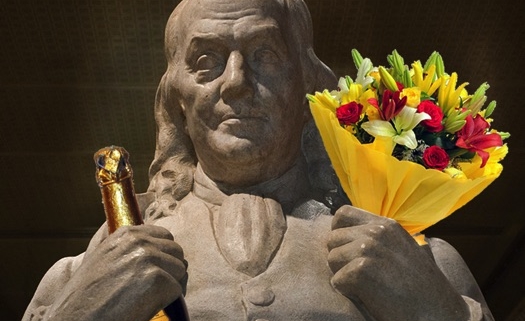 A/K/A Benj (Franklin’s Women) is an interdisciplinary concert presentation exploring Benjamin Franklin’s
female identities, satires, and hoaxes that were used to critique love, gender stereotypes, witch hunts, and the slavery of his era.